Developed in the years immediately following World War II, the MiG-15bis was a first-generation jet fighter designed by the Mikoyan-Gurevich design bureau of the Soviet Union. The MiG-15bis is a single engine, swept-wing jet that saw over 15,000 copies produced. The MiG-15 gained fame in the skies over Korea where it battled the F-86 Sabre and other allied aircraft. It proved an excellent match to the Sabre, and it often came down to the skill of the pilot that determined who made it home and who was left dangling from a parachute. Having an excellent thrust-to-weight ratio and good climbing characteristics, the MiG-15bis was also armed with two NR-23 23mm cannons and a single, powerful N-37 37mm cannon. Not surprisingly, it is considered by many as one of the deadliest fighters of the era.

Key Features of the DCS: MiG-15bis: 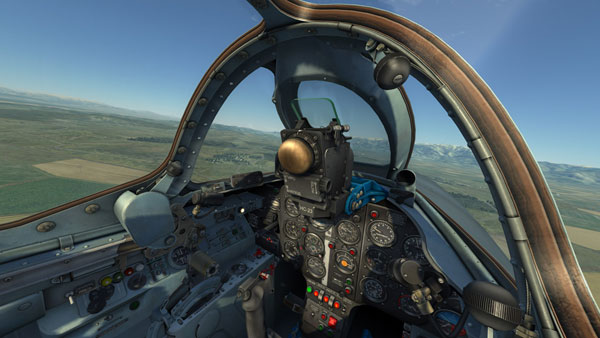