Take to the skies in one of over 30 accurately represented aircraft and defend the Pacific Theatre from invading enemy forces. Fight your way through intense air-to-air, air-to-ship, and air-to-ground combat while piloting dive bombers, fighters, and torpedo bombers over visually striking, historically accurate locations.

From the surprise attack on Pearl Harbor to the fierce Battle of Iwo Jima, outmaneuver your foes through more than 20 multi-objective single-player and co-op missions, or engage in head-to-head dogfights against online rivals. Whether flying alone, alongside, or against your teammates, use your aerial arsenal to devastate the enemy and dominate the air. 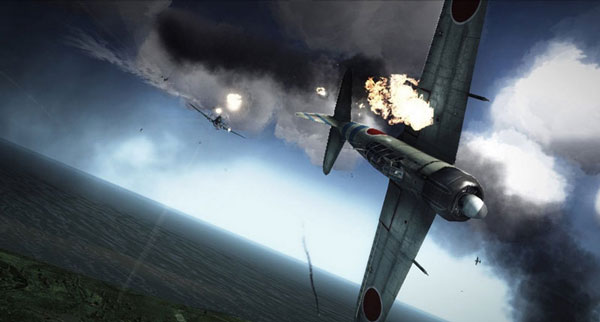